In 2010 internationally recognized sculptor and Adelaide Hills resident Silvio Apponyi invited four people, Barry Windle, Chris and Nigel Steele Scott, and Natalija Apponyi to discuss how a sculpture symposium could be organised, similar to those that he had attended in other countries.  The idea soon developed to placing a major piece of sculpture in several small towns around the Adelaide Hills in three biennial symposia.

In 2011, this group founded the Adelaide Hills International Sculpture Symposium Inc (AHISS) as an incorporated not for profit community based Association to develop an exciting Arts and Tourism initiative for the Adelaide Hills and South Australia with the vision to ‘Enrich the Hills with Sculpture’.

The primary objective of the Association was to hold three public symposia biennually at which the public would be invited to watch sculptors create pieces.  Each piece would be supported and funded by a community in the Adelaide Hills.

The Adelaide Hills Council and the District Council of Mt Barker provided seed funding which gave AHISS a foundation on which to seek further support.

A group of arts oriented people with strong interests in the Adelaide Hills were recruited to act as a mentor board to support and develop the ideas of the symposium.

The event also received excellent support through an Arts SA Community Development Grant and the Australia Business Arts Foundation.  This support, and that of the Heysen family and Alan Campbell, Director of The Cedars in providing this wonderful venue, gave the Symposium much valued artistic integrity.

Three successful symposia were held in 2012, 2014 and 2016 and now 26 sculptures are permanently placed in public sites in the Adelaide Hills.  All have been funded by local communities and public ownership and maintenance of the pieces is in the hands of the three very supportive local councils involved, Adelaide Hills Council, Mount Barker Council and Alexandrina Council.

12 to 15,000 people visited each event and were excited and became engaged in the process as they watched the works evolve. Entry was by gold coin donation, making the event and the creation of a major artwork by world class sculptors accessible for everyone.

Expressions of interest to commission a sculpture were called for from all listed community groups in the Council Districts. Hills communities responded enthusiastically to the concept and various groups worked together to raise the $30,000 required to participate.

Ongoing engagement of these groups by the Board built community pride and gave ownership of the project. The most rewarding outcome was the unifying experience in many towns where groups with different objectives were able to put aside previous differences and form new relationships with a strong common purpose for their community.

The second and third symposia expanded to include public sculpture workshops, largely for schoolchildren and some for adults, where the participants made their own pieces out of limestone. Funded by the Thyne Reid Foundation, these workshops were spectacularly successful engaging all involved and many teachers reported the enthusiastic involvement of students who usually created difficulties.

The Thyne Reid Foundation also funded the engagement of interns, a group of emerging South Australian sculptors. The interns assisted the international sculptors when required and also received tuition from them, allowing them to create their own pieces in their free time at the symposium.

The success of the intern project and the community involvement gave rise to new series of smaller sculpture symposia at Macclesfield under the aegis of the Macclesfield Community Association. The majority of the participants in these symposia had been interns assisting the sculptors in the AHISS symposia.

AHISS was proud to have His Excellency Rear Admiral Kevin Scarce AC CSC RANR, Governor of South Australia as our Patron from 2013 to 2015. 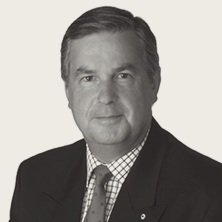 "It gives me great pleasure to be Patron of the Adelaide Hills’ International Sculpture Symposium.

"This exciting new Adelaide Hills biennial event fulfills the vision of local sculptor Silvio Apponyi to enrich the Hills’ region with sculpture. It brings to South Australia internationally acclaimed sculptors from all over the world to create art for permanent placement at sites throughout the Adelaide Hills.

"The eight pieces from the first successful event held in 2012 have been installed and are the beginning of a world class Sculpture Trail through the Hills. The 24 sculptures from three events will leave an enduring legacy of culture for the communities and for visitors. It will also deliver significant cultural, social, economic and tourism benefits to the region.

"I highly commend the enthusiasm and amazing generosity shown by many Hills’ businesses, communities and private individuals to support this initiative and make it possible. I am sure they will be delighted with the outcome.

"The AHISS Board and Artistic Director Silvio Apponyi should be congratulated on the contribution they have made to enriching the community in which they live, and I wish the Symposium all the best for the future.”

The success of the first symposium resulted in expanding the participation to include Alexandrina Council for the 2014 and 2016 symposia.  At the instigation of AHISS, the three councils together with AHISS were successful in obtaining an Regional Development Australia (RDA) grant to fund the formation of the Hills Sculpture Trail which provided for commonly themed installation and signage of the 26 sculptures that now form the Hills Sculpture Trail.

This grant enabled the AHISS objective of “a permanent sculpture trail” to be realised beyond placing the sculptures in towns with basic signage.  Although initially scoped by the Assocation, was not likely to be resourced and developed to a high standard without the support of the three Councils and the RDA grant.

These works in the form of the Hills Sculpture Trail leave an enduring legacy of culture for the communities and for visitors to the Adelaide Hills, delivering significant cultural, social, economic and tourism benefits for South Australia.

The Hills Sculpture Trail was launched at UKARIA on 22 November 2017 by Senator The Honourable Anne Ruston, supported by the deputy mayors of the Adelaide Hills, Mount Barker and Alexandrina councils.

The Patron of The Adelaide Hills International Sculpture Symposium His Excellency the Honourable Hieu Van Le AC, Governor of South Australia was unable be present but sent the following message. 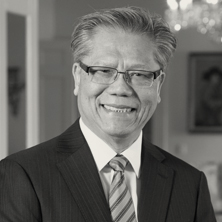 “Unfortunately I am not able to be with you today to help launch the Hills Sculpture Trail. I fondly remember visiting the Cedars in 2016 to open the third, and last, of the series of three sculpture symposia and was impressed the international flavour of the event and the beautiful setting for both the sculptors and visitors to the event.

The launch today is the culmination of many years of creativity and planning, originally inspired by Silvio Apponyi’s dream for public sculpture in Hills towns. The Symposia were organised by the Adelaide Hills International Sculpture Symposium Association and the presentation of the 26 sculptures as the Hills Sculpture Trail has been made possible by support from Councils and the Australian Regional Development Fund.

I’m delighted to see that an entirely community based project of this scale and duration has been able to produce the wonderful Hills Sculpture Trail. For generations to come, the trail will add to the quality of life of Hills residents and be an attraction for visitors to the Hills with ongoing benefits to Hills communities and businesses.

I congratulate the Board of the Association, all the donors, communities and supporters, the volunteers, the artists and the District Councils of the Adelaide Hills, Mount Barker and Alexandrina for supporting such a wonderful achievement.

AHISS Rules
AHISS Rules booklet (November, 2012)
The Original rules were amended to clarify the organisation’s objectives and to meet ROCO requirements and were finally settled in November 2012.

Given for individual artists and arts and cultural organisations’ giving (donations) programs.

“Thanks to a successful giving program which effectively engaged community support, the 2012 Adelaide Hills International Sculpture Symposium brought together eight internationally acclaimed sculptors to create stone sculptures for permanent placement in the Adelaide Hills. The Symposium exceeded the organizers expectations and was embraced by South Australians with over 12,000 people visiting and observing the creation process.”